Urinary tract infections, typically referred to as UTIs, are common […] 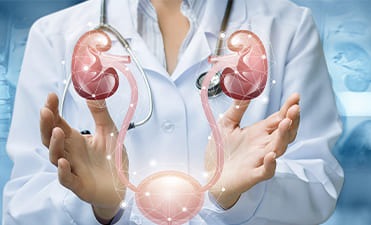 Urinary tract infections, typically referred to as UTIs, are common infections of the urinary tract and related organs with one (or rarely more) bacterial or fungal strain.

​​Women are much more likely to get UTIs than men, but they can affect people of all ages. UTI symptoms range from slight discomfort and frequent urination to extreme pain with urination and fever.

Some people can recover from UTIs within a week or so with home remedies, but on most occasions, antibiotic treatments are needed. Other individuals are more vulnerable to developing chronic or recurring UTIs despite taking a course of antibiotics.

Several research-backed remedies can help prevent and treat UTIs instead of, along with, and in-between courses of antibiotics. In fact, the natural remedies discussed in this article promote urinary tract health in general, even when a UTI is not present.

This article gives an overview of UTIs, points to the research as to why chronic UTIs develop, and describes several proven natural remedies, in addition to pharmacological treatments, that may help in regaining control of urinary tract health.

What Exactly Are UTIs?

An infection of the bladder alone is called cystitis. And an infection of the urethra is called urethritis. The infection is considered complicated when it includes the upper urinary tract and the kidneys. It is then called a kidney infection or pyelonephritis and is more likely to cause systemic manifestations, meaning fever, nausea, vomiting, and other symptoms not localized to the urinary tract.

The most common symptoms of UTIs in adults are:

More serious symptoms or signs of a systemic infection are:

Infants and children show signs of possible UTIs when they have a high or very low temperature, nausea or vomiting, feel generally unwell or irritable, and wet the bed or themselves.

Older adults, people who are frail or have disabilities, and people with chronic urinary catheters may not be able to notice or communicate the symptoms of a UTI, so it is important to keep an eye out for some changes in their behavior. Additional signs of a UTI in these individuals include confusion or agitation.

Why Do UTIs Develop?

UTIs are some of the most common bacterial infections and affect over 150 million people worldwide every year. They can develop due to a combination of risk factors, such as a compromised immune system or conditions that increase a person’s exposure to bacteria.

Some of the risk factors for uncomplicated UTIs include a previous UTI, female sex, sexual activity, obesity, and older or younger age.

Women are significantly more likely to get UTIs than men because a woman’s urethra, which is the tube that goes from the bladder to where the urine comes out of the body, is anatomically shorter than that of a man. The urethral opening is also close to the vagina and closer to the anus, making it more likely for nearby bacteria to enter the urethra and cause infections.

Other factors that increase the risk of bacteria getting into the urinary tract include:

The bacteria most likely to cause UTIs is Escherichia coli (E. coli), but there are many other types of bacteria and fungi that can cause infections of the urinary tract, such as Klebsiella pneumoniae, Enterococcus faecalis, and Candida. It is important that the healthcare team cultures a urine sample to see exactly what strain of bacteria is causing the infection.

What Causes Recurrent or Chronic UTIs?

Two or more UTIs in a 6-month period or four or more within a year means they have become chronic or recurrent.

Chronic, recurring, and complicated UTIs can result from various factors. These include, but aren’t limited to:

Frequent antibiotic exposure or inadequate use of antibiotics (not finishing the full course as prescribed or taking them incorrectly) can increase bacterial resistance. This means that the bacteria causing the UTI learns to survive the use of those antibiotics.

A case control study was done to assess the effect of previous antibiotic use on the risk of resistant E. coli bacteria causing UTIs. The researchers enrolled 903 patients who had been prescribed amoxicillin, a commonly used antibiotic, for at least 7 days in the previous month and in the preceding 2 to 3 months. They found no associated antibiotic resistance for prescriptions less than 7 days. But prescriptions lasting 7 days or more, especially those at low doses, were shown to be a strong risk factor for UTIs with resistant E. coli bacteria.

For this reason, many healthcare teams may suggest alternative ways to reduce the risks and prevent infections without antibiotics.

Antibiotics will usually be prescribed when the bacterial counts are high, symptoms are not being controlled, or if complications continue despite changes to lifestyle, diet, and liquid consumption.

Why It’s Important to Treat UTIs

When UTIs become recurrent, it is important to detect the symptoms early on. Doctors can give advice on how to prevent these infections by changing certain habits, taking natural remedies, and implementing other lifestyle changes.

However, when UTIs are left untreated, particularly if there are other medical conditions present, there can be serious health consequences.

The Mayo Clinic sums up some of the potential complications of UTIs, including:

When to See a Doctor

It is important to see your healthcare team if you suspect you might have a UTI. Make sure to do so when:

The treatment for UTIs is generally three-fold. The first step is evaluating and determining the source of the UTI and prescribing antibiotics. Second, with the help of a healthcare provider, therapy involves modifying habits related to hydration, intercourse, and hygiene. And the third step is taking natural supplements like cranberry and D-mannose, which are clinically proven to reduce infection.

We describe each of these below.

The healthcare team may determine that antibiotics are necessary to get the infection under control. Before doing this, the clinician will typically:

In cases of recurrent or severe infections, the clinician may:

Some of the commonly prescribed antibiotics for simple infections include:

As mentioned previously, the inadequate, frequent, or long-term use of antibiotics can cause recurrent UTIs to develop, so doctors may recommend lifestyle changes, natural treatments like cranberry and D-mannose, or alternative therapies.

Evaluating personal habits is important for managing and treating UTIs, in addition to preventing recurrent and chronic infections.

Some of the clinically proven practices for the prevention and management of UTIs include:

These lifestyle changes are important whether the healthcare team recommends antibiotics or another natural treatment.

Two primary natural treatments have been clinically proven for preventing and treating recurring UTIs. These include D-mannose and cranberry. Probiotics may also be an option for prevention.

A well-known remedy for UTIs is cranberry juice. And even though it is thought of as a home remedy, there is plenty of evidence to back up this practice.

A 2017 review of the evidence and meta-analysis examined seven randomized controlled clinical trials in which cranberries were used to prevent UTIs in otherwise healthy women. The researchers found that cranberry juice as a nutrition-based approach may be effective in preventing recurrent UTIs. The included studies were small and represented only women without other predisposing factors such as pregnancy.

Further research on the mechanism of action revealed that cranberry and probiotics given as a combination may be even more effective at preventing recurrent UTIs.

D-mannose is a simple sugar very similar to glucose. It is absorbed quickly and transported to the organs and then the urinary tract, where it keeps bacteria from sticking. Unlike glucose, it is not stored in the body, so it has no effects on human metabolism.

Several research studies have shown that D-mannose can be an effective aid in preventing and treating UTIs. One study in which D-mannose was administered to patients over a 6-month period showed significant improvement in UTI resolution.

Another study examined if D-mannose powder could reduce the number of infections in people with recurrent UTIs compared to nitrofurantoin, an antibiotic commonly used for this purpose. The study demonstrated that D-mannose was as effective as nitrofurantoin, and the patients taking D-mannose also had a significantly lower risk of side effects.

The microbiome is key for keeping the body healthy and resistant to infection. Multiple beneficial bacterial strains dominate susceptible body areas, keeping infection-causing bacteria at bay. Probiotics are helpful in replenishing bacterial colonies that have been wiped out by antibiotics—because taking antibiotics also kills the beneficial bacteria while eliminating the bad guys. Maintaining those healthy bacteria counts has been shown to prevent some types of infections and may be helpful in the long-term treatment of recurrent UTIs.

UTIs are very common and are generally highly treatable in healthy people with lifestyle changes, natural remedies, and antibiotics. For people with recurrent UTIs or antibiotic resistance, natural remedies like D-mannose and cranberry supplements may be effective for prevention, greatly improving patients’ ongoing care and quality of life.