Women’s health visits are constantly changing and improving, making what […] 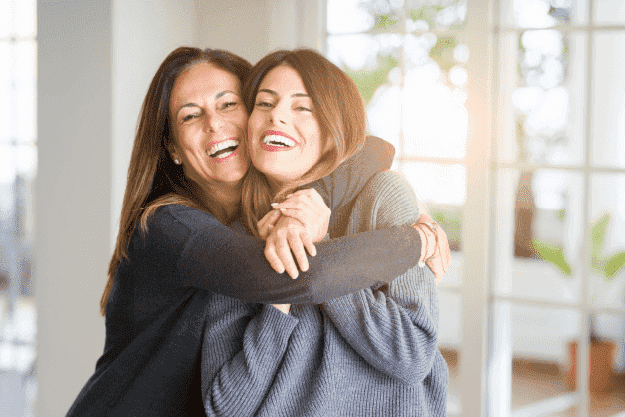 Women’s health visits are constantly changing and improving, making what your mother or her mothers routine check ups vastly different…

The estimated doubling time of total medical knowledge in 1950 was 50 years; by 1980, it was 7 years. In 2020, it was estimated to be just 73 days. Soon, what is known about medicine is projected to double every 12 hours. The internet has made global collaboration across borders, cultures, and languages possible, and no area of science has benefited more than medicine. This also means that there is just so much more to know.

Women’s health comprises obstetrics (pregnancy) and gynecology (everything else before and after pregnancy). Along with the inevitable subspecializations emerging in other specialties, OB/GYN has branched out into primary care, endocrinology, fetal surgery, and more. In essence, the “OB” and the “GYN” are two specialties, each growing at least as fast as others in medicine, creating a double, parallel growth.

Consider how many doublings in medical knowledge will occur during the 7 or more years of medical school and residency a physician experiences. However, while the internet is flooding us with information, it is also aiding us in processing that information. Many advancements are smaller points within major areas of knowledge—and the internet collates these changes in real time. Thus, it is now possible to have health care that is both current and organized. You should know that it is not what your mother or grandmother had.

Today, steak is still rare, medium, or well done; but women’s health care has added BRCA mutation testing, genetic HPV testing, and 3-D ultrasound-guided needle biopsies. Of course, this is an incomplete list. Aside from obstetrics, what has changed in women’s health care gynecologically?

THE SCIENCE OF PREVENTATIVE CARE

Women’s health care is a science of prevention. We have extended the human lifespan through advances in detecting and meeting cancer and infectious disease head-on. On another page—in the same book—we have lengthened a woman’s projected lifespan by mitigating the morbidity and mortality of breast, ovarian, uterine, cervical, and other cancers.

Current knowledge is continually changing on how we screen for these. Although a woman’s complex physiology dovetails with her hormonal system as a unified, holistic entity, the most efficient way to watch for these cancers is still to monitor the individual areas of concern:

The risk of breast cancer averages about 12-13% in a woman’s lifetime. However, breast cancer deaths have declined by 40% in one generation due to improvements in early detection. Women at average risk for breast cancer should be offered the following:

Ovarian cancer risk increases with age, especially after menopause. Since the screening blood tests (primarily the CA-125) for ovarian cancer may be unreliable, the best chance to catch it early is with a routine pelvic exam. When symptoms warrant or the exam is worrisome, an ultrasound can be done.

Most cancers of the uterus are from its endometrial (innermost) lining. Although its incidence rises with age, endometrial cancer is more frequently diagnosed after menopause when it isn’t normal to have vaginal bleeding, and endometrial cancer bleeds. This tip-off will prompt an ultrasound and a sampling of the endometrium, done via a vaginal approach.

Few screening protocols have changed as drastically as those for cervical cancer. The cervix is part of the uterus, but its tissue is different, so its cancer is like that of an entirely different organ.

The story of detecting cervical cancer includes this timeline:

Cancer isn’t the only killer out there. A hip fracture can also kill by creating a setting conducive to blood clots. Women can expect to live roughly a third of their lives in menopause when the loss of estrogen raises the risk of bone resorption, stratified clinically as either low bone mass (osteopenia) or severe bone loss (osteoporosis).

Diabetes is also a target, as well as skin cancer, mental health issues, and heart disease. Even though female-associated conditions are important, the other human problems need to be identified and addressed. This brings a more primary care focus to the practice of obstetrics and gynecology.

Colorectal health is another important area for prevention. Screening for colorectal cancer begins in men and women at age 45.

The internet is advancing medicine like never before, but it is also parsing all of the data for prioritizing ways to benefit women with the most efficient strategies. The only unchanging thing about medical guidelines is that they will forever be changing. Such change is good for everyone because it is not merely adding to the current medical knowledge but maturing it.